SQL by itself is great and powerful, and Postgres supports a broad array of more modern SQL including things like window functions and common table expressions. But rarely do I write a query where I don’t want to tweak or format the data I’m getting back out of the database. Thankfully Postgres has a rich array of functions to help with converting or formatting data. These built-in functions save me from having to do the logic elsewhere or write my own functions, in other words I have to do less work because Postgres has already done it for me which I’m always happy about.

We’ve covered a set of functions earlier, today we’re going to look at some different categories of functions to dive deeper.

Fun with SQL: Self joins

Various families have various traditions in the US around Christmas time. Some will play games like white elephant where you get a mix of decent gifts as well as gag gifts… you then draw numbers and get to pick from existing presents that have been opened (“stealing” from someone else) or opening an up-opened one. The game is both entertaining to try to get something you want, but also stick Aunt Jennifer with the stuffed poop emoji with a Santa hat on it.

Other traditions are a bit simpler, one that my partner’s family follows is drawing names for one person you buy a gift for. This is nice because you can put a bit of effort into that one person without having to be too overwhelmed in tracking down things for multiple people. Each year we draw names for the next year. And by now you’re probably thinking what does any of this have to do with SQL? Well normally when we draw names we write them on a piece of paper, someone takes a picture, then that gets texted around to other family members. At least for me every October I’m scrolling back through text messages to try to recall who it was I’m supposed to buy for. This year I took a little time to put everyone’s name in a SQL database and write a simple query for easier recall. 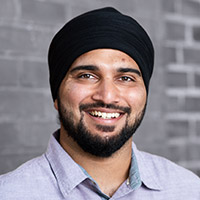 Fun with SQL: Unions in Postgres

Before joining the Citus Data team to work on the Postgres extension that transforms Postgres into a distributed database, I checked out the Citus Data blog to learn a bit more. And found all sorts of material for Postgres beginners as well as power users, with one of my favorites being the “Fun with SQL” series. After I joined, I jumped at the chance to write a Fun with SQL post, and the only question was what to write about. I chose unions.

In SQL, the UNION and UNION ALL operators help take multiple tables and combine the results into a single table of all matching columns. This operator is extremely useful if you want the results to come back as a single set of records.

This week we’re continuing our fun with SQL series. In past posts we’ve looked at generate_series, window functions, and recursive CTEs. This week we’re going to take a step backward and look at standard CTEs (common table expressions) within Postgres.

Admittedly SQL isn’t always the most friendly language to read. It’s a little more friendly to write, but even still not as naturally readable as something like Python. Despite it’s shortcomings there it is the lingua franca when it comes to data, SQL is the language and API that began with relational databases and now even non traditional databases are aiming to immitate it with their own SQL like thing. With CTEs though our SQL, even queries hundreds of lines long, can become readable to someone without detailed knowledge of the application.

CTEs (common table expressions), often referred to as with clauses/queries, are essentially views that are valid during the course of a transaction. They can reference earlier CTEs within that same transaction or query essentially allowing you separate building blocks on which you compose your queries. It is of note that CTEs are an optimization boundary, so in cases they may have worse performance than their alternative non-CTE queries. Even still they’re incredible useful for readability and should be considered when constructing large complex queries. Let’s dig in with an example.

Fun with SQL: Functions in Postgres

In our previous Fun with SQL post on the Citus Data blog, we covered window functions. Window functions are a special class of function that allow you to grab values across rows and then perform some logic. By jumping ahead to window functions, we missed so many of the other handy functions that exist within Postgres natively. There are in fact several hundred built-in functions. And when needed, you can also create your own user defined functions (UDFs), if you need something custom. Today we’re going to walk through just a small sampling of SQL functions that can be extremely handy in PostgreSQL.

Today we continue to explore all the powerful and fun things you can do with SQL. SQL is a very expressive language and when it comes to analyzing your data there isn’t a better option. You can see the evidence of SQL’s power in all the attempts made by NoSQL databases to recreate the capabilities of SQL. So why not just start with a SQL database that scales? (Like my favorites, Postgres and Citus.)

Today, in the latest post in our ‘Fun with SQL’ series (earlier blog posts were about recursive CTEs, generate_series, and relocating shards on a Citus database cluster), we’re going to look at window functions in PostgreSQL. Window functions are key in various analytic and reporting use cases where you want to compare and contrast data. Window functions allow you to compare values between rows that are somehow related to the current row. Some practical uses of window functions can be:

Common Table Expressions (CTEs) are a powerful construct within SQL. In day to day conversation, you may hear CTEs referred to as WITH clauses. You can think of CTEs as similar to a view that is materialized only while that query is running and does not exist outside of that query. CTEs can be very useful building blocks for allowing your large SQL queries to be more readable. But, they can also be used recursively allowing you to create some very complex queries without having to drop down to a procedural language like plpgsql or plv8.

Fun with SQL: generate_series in Postgres

There are times within Postgres where you may want to generate sample data or some consistent series of records to join in order for reporting. Enter the simple but handy set returning function of Postgres: generate_series. generate_series as the name implies allows you to generate a set of data starting at some point, ending at another point, and optionally set the incrementing value. generate_series works on two datatypes:

Fun with SQL: Relocating shards on a Citus database cluster

The Citus extension to Postgres allows you to shard your Postgres database across multiple nodes without having to make major changes to your SaaS application. Citus then provides performance improvements (as compared to single-node Postgres) by transforming SQL queries and distributing queries across multiple nodes, thereby parallelizing the workload. This means that a 2 node, 4 core Citus database cluster could perform 4x faster than single node Postgres.

With the Citus shard rebalancer, you can easily scale your database cluster from 2 nodes to 3 nodes or 4 nodes, with no downtime. You simply run the move shard function on the co-location group you want move shards for, and Citus takes care of the rest. When Citus moves shards, it ensures tables that are co-located stay together. This means all of your joins, say, from orders to order_items still work, just as you’d expect.

Fun with SQL: Computing run rate and month over month growth in Postgres

In any as-a-service business, which bills monthly, a key metric you track is MRR or monthly recurring revenue. It’s good practice to have this on a dashboard and check it on a monthly, weekly, or even daily basis. If you have a simple pricing model that has set monthly plans, say like Netflix this is pretty easy to calculate:

The above will give you the run rate as of this exact moment in time. It gets a little more complicated to do this in a single query that gives it to you over time.