Why are distributed transactions hard?

You do a BEGIN transaction, INSERT, and UPDATE. Once you run a SELECT, you should see your changes applied against the database. But others shouldn’t until you do a COMMIT. Or you ROLLBACK, and your changes should disappear.

These transactional semantics, also known as ACID properties, are already hard to provide on a single node. So how do you provide them in a distributed database, in the face of machine and network failures?

Let’s start with a well known transaction example. We have two bank accounts that belong to Alice and Bob, and we’re looking to transfer money from Alice’s account to Bob’s. The wire transfer needs to happen atomically. That is, both accounts should be updated together or neither account should be updated at all.

In Citus, we’re also going to execute this transaction on a distributed database. The database has three participating nodes that have PostgreSQL and the Citus extension installed. One of these nodes is the coordinator node—the coordinator holds metadata about distributed tables and their shards. The cluster also has two worker nodes, where each worker node holds four shards. In Citus, each shard is one PostgreSQL table. Shards are also transparent to the application.

In this example, we have a distributed table named accounts that’s sharded on account_id. We’re now going to transfer $100 from Alice’s to Bob’s account in four steps.

The 2PC algorithm’s assumptions and behavior is widely discussed in distributed systems literature. You can read more about it in wikipedia.

2PC has one disadvantage. If the coordinator node fails permanently, worker nodes may never resolve their transactions. In particular, after a worker node agrees to a PREPARE TRANSACTION, the transaction will block until the worker receives a commit or rollback.

To overcome this disadvantage, we made two improvements to 2PC in Citus. First, Citus Cloud and Enterprise deployments usually run in high availability mode. In this mode, both the coordinator and worker nodes have streaming replicas. When any of these nodes fails, their secondaries get promoted within seconds.

Consistency is a well established problem in distributed systems. In that context, consistency means that every read receives the most recent write or an error. There are three popular distributed consistency algorithms (each algorithm also has variants):

The primary difference between 2PC and Paxos is that 2PC needs all participating nodes to be available to make progress.

In Citus, we looked into the 2PC algorithm built into PostgreSQL. We also developed an experimental extension called pg_paxos. We decided to use 2PC for two reasons. First, 2PC has been used in production across thousands of Postgres deployments. Second, most Citus Cloud and Enterprise deployments use streaming replication behind the covers. When a node becomes unavailable, the node’s secondary usually gets promoted within a seconds. This way, Citus can have all participating nodes be available most of the time.

Most articles on distributed transactions focus on the more visible problem around data consistency. They then discuss protocols such as 2PC or Raft. In practice, data consistency is only part of the problem. If you’re using a relational database, your application also benefits from another key feature: deadlock detection.

In PostgreSQL, when a transaction updates a row, the update grabs a lock for that row. If you have concurrent transactions that need to acquire the same set of locks, but in different orders, you run into a deadlock.

In Postgres, if sessions are waiting on a lock for more than the deadlock_timeout (1s), the database will check whether those sessions are waiting for each other. In the Alice and Bob case, Postgres will for example abort session 2’s transaction to resolve the deadlock. Session 1 will then acquire the lock on Bob’s row and complete the transaction.

Now, things are trickier when you’re running Alice and Bob’s wire transfers in a distributed database. In this case, let’s say that worker node 1 has a shard that holds Alice’s account. Worker 3 has another shard that holds Bob’s account.

You initiate a wire transfer (D1) to transfer money from Alice to Bob’s account. You concurrently initiate another transfer D2 that moves money from Bob to Alice’s account. D1 and D2 will then block on each other. 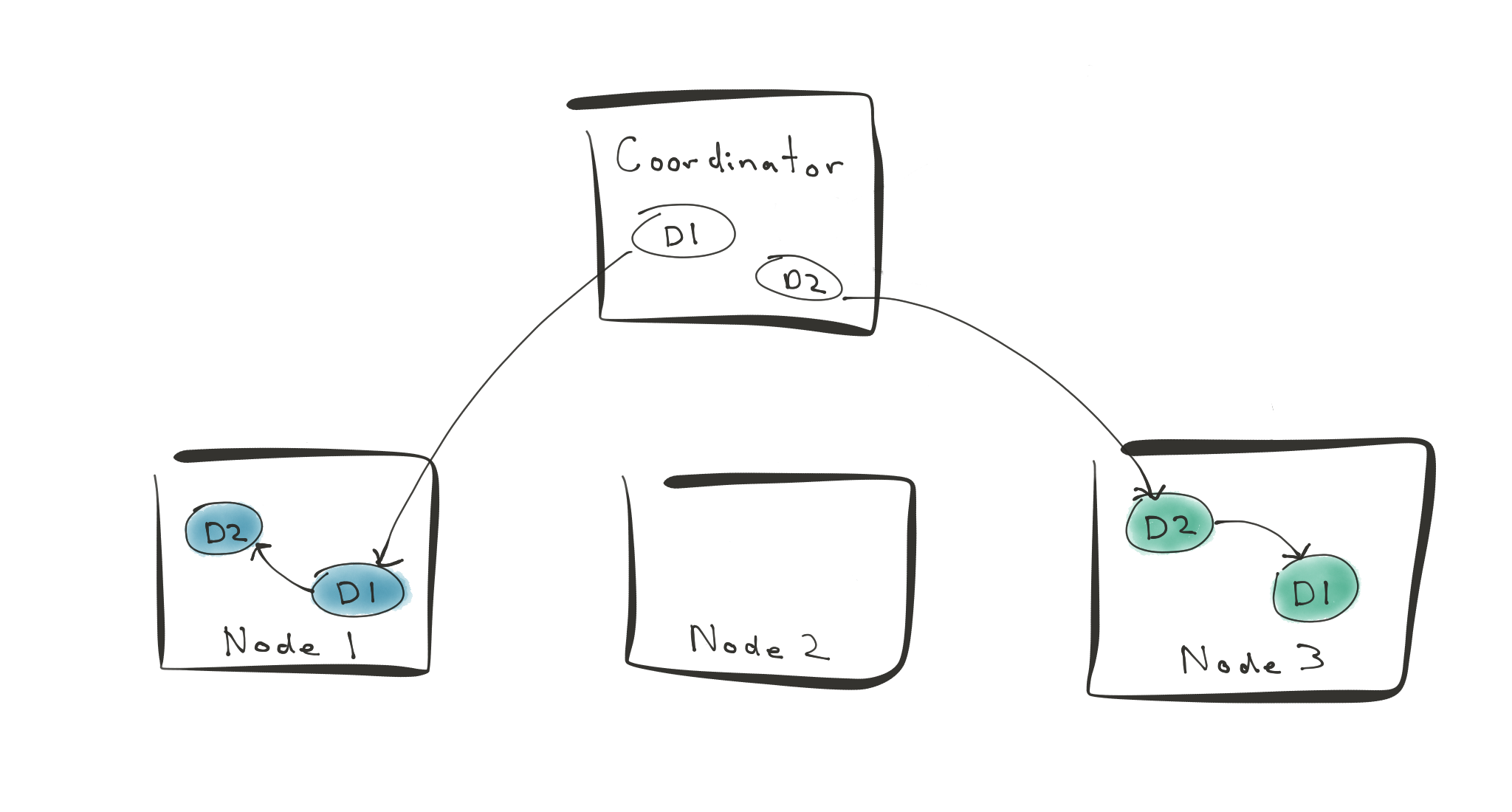 To handle deadlocks that span across nodes, Citus adds a new distributed deadlock detector. This deadlock detector runs as a background worker process within the Postgres extension framework. 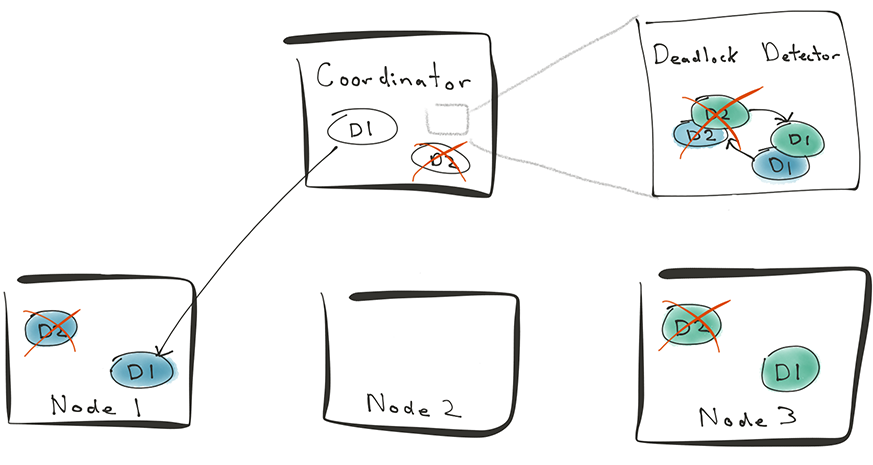 Why PostgreSQL provides a solid foundation for a distributed database?

Distributed transactions is one of the hardest problems in relational databases. When solving a complex problem, you can either build a solution from scratch, or extend an existing technology.

At Citus, we chose to make PostgreSQL a rock-solid distributed database. When implementing distributed transactions, Citus leverages the following modules:

This way, Citus uses Postgres components that are hardened over decades. So we can focus on building a relational database that seamlessly scales.

The good news for our customers is that they don’t even need to think about these challenges. We did all the hard work - so you can focus on your application and not worry about scaling your database.